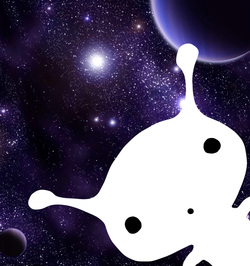 Is there Life on other planets?’ From the ambivalent Russian sex-tourist, to the intergalactic traveller who just wanted a pasty, a motley collection of characters answer the question, spanning the silly, the surreal and the pseudo-scientific.

“Tarett’s skilful comedy writing and accomplished performance comes together brilliantly as she portrays a parade of aliens, abductees, and pseudo-scientists. Sketches are clever and complex, she delivers perfect comedy arcs with sharp punch lines, rich description and quick wit.”  ★ ★ ★ ★  - The Public Reviews